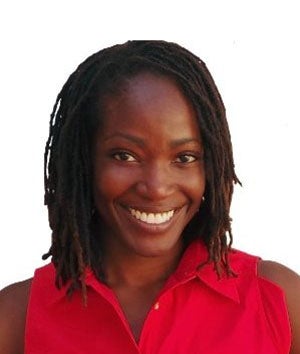 Tahira Taylor (MBA’ 2017) is currently in her first-year rotation with the WPP group as a WPP MBA Fellow. Prior to the MBA, Taylor worked in the advertising industry serving global clients such as ExxonMobil, GlaxoSmithKline, and Liberty Mutual Insurance. In addition to this experience, she lived in both Lesotho and Morocco as a Community and Education Development volunteer with the United States Peace Corps for two years, and did some extensive traveling to over fifty countries on to all seven continents.

Which academic or extracurricular achievement are you most proud of during business school?

During my first semester as vice president of Community, I planned McDonough’s first annual domestic community service trek. I acted as group leader along with 15 other Georgetown MBAs traveling to New Orleans, Louisiana, to complete a build with Habitat for Humanity. In the initial stages of planning, it became clear that the school would likely not be able to fund any part of the trek. But through leverage and persistence, I was able to secure some sponsorship from our Program Office, saving my classmates some money. I also planned our first annual international service trek during my second semester in the same role. A team of Georgetown MBAs traveled to Mexico to volunteer at an orphanage and women’s shelter over fall break. Again, I was able to secure sponsorship from the University.

I put in a lot of effort to plan these treks, and even planned the Mexico trek from Paris while I was completing a study abroad semester at HEC. I am so happy that I was able to plan McDonough’s first two service treks, and very proud and excited to hand off the reigns of what will become annual aspects of our program. I believe I was able to kick off the trend for the program’s commitment to service treks and to sponsoring them — the Student Government budget will now always be planned with the volunteer trips in mind.

What achievement are you most proud of in your professional career?

I worked at a startup radio station in Ghana immediately after undergrad. I co-hosted a talk radio show with a Ghanaian DJ named Lexis Bill. We discussed issues ranging from politics to pop culture and fashion to food. With political conversations, I was often the dissenting voice. On a number of occasions, I had to sit through getting berated on live radio by a caller whom I’d offended with my not-so-popular opinions. While I don’t know if this fully fits the criteria of an achievement, being a co-host on this show was my first “out of my comfort zone,” experience, and I was only 22.

Why did you choose Georgetown McDonough?

I wanted a small class size in a metropolis that offered the option of spending a semester studying abroad. I also wanted a program that gave students consulting project opportunities on the African continent as part of the core curriculum. Volunteerism has always been important to me. When I was choosing programs, I could tell that it was also important to Georgetown. And when I saw how much the administration really empowered the Student Government Association, I was hooked.

What was for you the most surprising thing about your Georgetown McDonough experience?

Despite my work experiences in global settings with a lot of diverse individuals — and even having done stints in the Peace Corps in Morocco and in Lesotho — I have always managed to surround myself with like-minded individuals. The people who chose my companies, and people who choose to join the Peace Corps, are people who for the most part, think like me (especially politically). Before enrolling, I figured my close friends would also be people who think like me, but it has been surprisingly difficult to find that.

But the challenge is refreshing. My childhood has few things in common with the childhood of one of my best friends at McDonough; another close friend so vehemently disagrees with my political opinions that we have agreed to never discuss them. And in every study group, I find myself being forced outside of my comfort zone in such a way that I feel required to voice my mind, lest the “people like me” go unheard.

What is your best advice to an applicant hoping to get into Georgetown’s MBA program?

Show genuine interest in the world you don’t know. The program begins with a deep dive into the global economy, and given the direction of the world, that class is only going to become more relevant and interesting. Every course has substantial elements of Georgetown’s global personality, whether it be through case studies based on businesses in Spain, or research projects about the business policies of South Africa. In order to truly thrive at McDonough, and in business school in general, one has to be very interested in business on a global scale.

“I knew I wanted to go to business school when…

I realized that I wanted to do more than advertising account management. I wanted to manage the strategy, dabble more in the planning, and perhaps become the client. And I wanted to get on a fast track to roles that would stretch me, rather than putting in several years before making a transition. I also wanted to make a lot more money.”

“If I hadn’t gone to business school, I would be…

Traveling with a friend who set out to sail around the world on the exact same day that I began my first core classes.”

What is your ultimate long-term professional goal?

To be completely honest, I am still trying to figure that out. There was a time when I thought I knew, but with about 30+ years left in my career lifetime, I have no real idea how I want to spend those years. My Georgetown MBA experience introduced me to a lot of different professional paths that I had not considered, or even known existed. In the nearer-term, I would like to stay with the company that has hired me, eventually taking a C-level executive role with one of their operating companies based in an Eastern European or West African country.

Who would you most want to thank for your success? At school, I want to thank my program advisor, Lisa Kahn, and my career advisor, Angela Williams. I struggled with some of the core courses. There were opportunities that I wanted to pursue, but had doubts of whether or not I would be able to do so given what I thought would be a disastrous academic standing. Lisa did everything in her power to see to it that I was successful and that I could pursue these opportunities. At the same time, Angela was the voice that I needed to reassure me that everyone has a success story in the end. Things of course turned out fine, and even better than I had expected. But knowing that these two advisors were always willing to go above and beyond to ensure my success was very encouraging.

Outside of school, I can thank my entire immediate and extended family — they helped me to pay for everything during my MBA, even when I failed to make time to show them my gratitude. They were understanding of my lack of energy, and never stopped encouraging me.

In one sentence, how would you like your peers to remember you?

“I remember Tahira for her adventures around the world, her commitment to community service, and her amazing collection of designer shoes.”