Feeling overwhelmed with learning about the more than two dozen Democratic candidates for president — the largest presidential field in history — three incoming first-year students at Georgetown’s McDonough School of Business helped develop an app that profiles the candidates and aims to provide an unbiased look at their policy positions.

Julien Matrullo (B’23), Christopher Matrullo (B’23), and Cristian Smina (B’23) created PoliTalk USA with 10 other classmates at their Stamford, Connecticut, high school as part of a self-directed internship during their senior year. The free iOS app launched in June in the App Store.

“After watching the confusing and biased coverage of the 2016 primaries and election, I felt like people were focusing less and less on the policy behind each candidate, and more on their personas,” said Christopher Matrullo. “I was very concerned that this would happen again.”

The students combed through the candidates’ policy proposals, in addition to watching town halls, reading news articles, and reviewing voting records, to summarize the candidates’ positions on topics such as the economy, health care, immigration, gun control, and LGBTQ rights. The app also provides a snapshot of the candidates’ bios and a glossary of key terms.

While PoliTalk USA is meant to educate the public about the candidates, it also provided a learning experience for the students.

“One thing that became absolutely clear to me throughout the development of this app was the importance of teamwork. We had to be really honest with ourselves about what each of our strengths and weaknesses were so that when it came time to divide up the tasks of coding, designing, and researching, we were each producing our best work,” said Julien Matrullo.

“I also discovered quickly that being an effective leader is much more about exciting and galvanizing your team members than just simply telling people what to do and setting deadlines,” he added.

While PoliTalk USA was developed during a high school project, the Matrullo brothers and Smina are among six students who continue to work on the app, releasing updates every couple weeks and rolling out an Android version by the end of the year. The group also is considering broadening PoliTalk USA’s scope to a website, podcast, or newsletter. 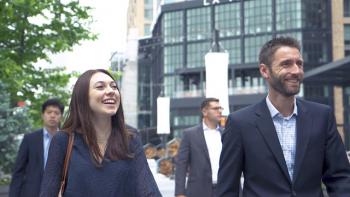 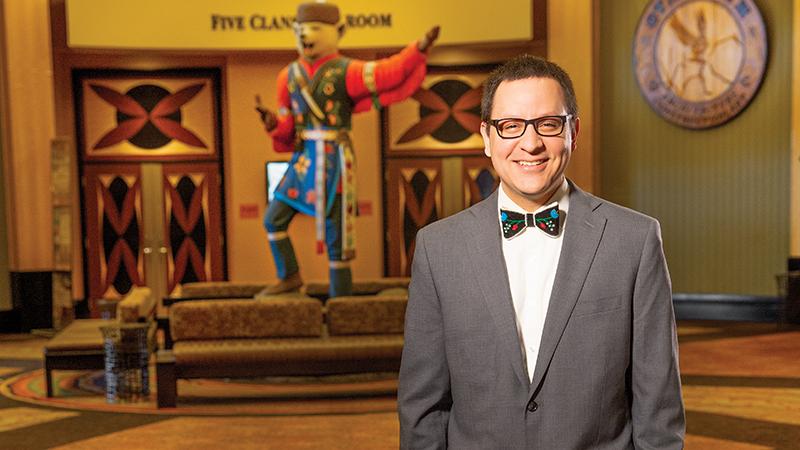 Justin Lepscier (B’08) continues his grandmother’s legacy of working for the future prosperity of the Menominee Indian Tribe.… 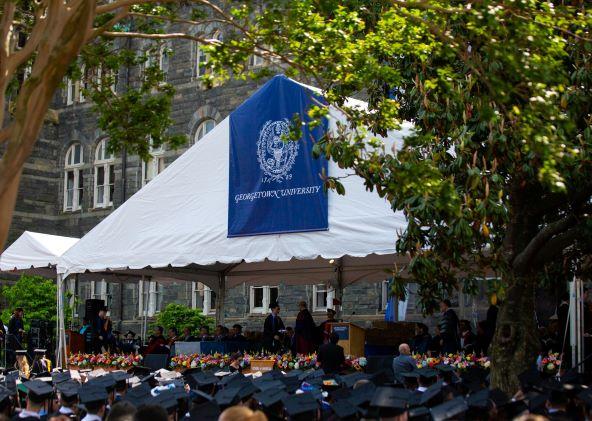 In May, alumni from the undergraduate and graduate programs at Georgetown University’s McDonough School of Business, shared advice with the Class of 2019.… 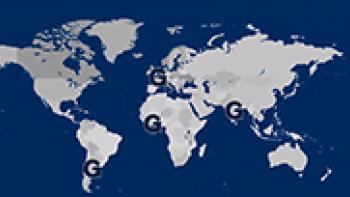 In Georgetown McDonough’s effort to provide a global education in every aspect, from undergraduate to graduate education and beyond, the Global Business Experience (GBE) is the centerpiece.…