Patricia Grant is passionate about student success, integrating Jesuit values into the Undergraduate Program, and creating meaningful student experiences. At Georgetown McDonough, Grant has revamped the undergraduate advising structure; expanded career trek opportunities; laid the groundwork for a young alumni advisory group; contributed to curricular innovations such as the Entrepreneurship Fellows Program and First-Year Seminar Program; and created two diversity and inclusion initiatives for incoming students, including one that partners with PwC.

Grant joined Georgetown McDonough in 2010 with more than 15 years of experience in undergraduate, graduate, and executive education program administration. She has taught courses at the University of Pennsylvania, the College of New Jersey, Temple University, and Georgetown. Additionally, she worked in the Office of Executive Education at Penn to develop and launch six master’s and doctoral programs. She holds an Ed.D. and M.S.Ed. from the University of Pennsylvania and an A.B. from Cornell University.

Maria Anderson has over 25 years of experience in administrative management, project management, and research, communications and event planning. She has worked in various capacities in both the public and corporate sectors throughout the Washington metropolitan area. She enjoys movies of all genres and spending time with her family and friends. 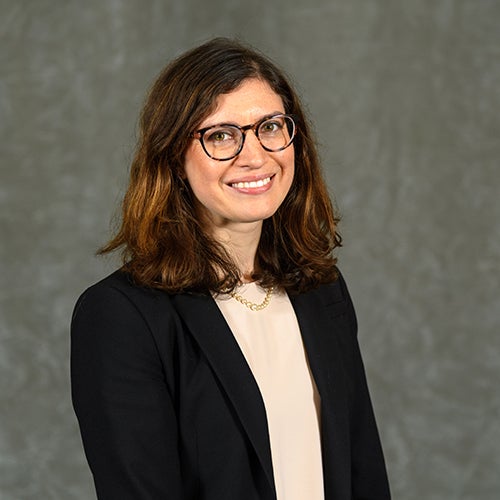 She earned her MSW from New York University and a B.A. from Wellesley. Schatz is delighted to be back at Georgetown where she started her career and enjoys trying new restaurants, traveling, and volunteering at the Capital Area Food Bank.

Prior to joining Georgetown McDonough, Deborah Coburn worked in financial aid, admissions, and academic advising. Coburn earned a B.A. in history and public relations from Syracuse University. She earned an M.Ed. in counseling in student affairs from University of California, Los Angeles.

She is a huge sports fan, especially college basketball, and enjoys reading, traveling, and spending time with family and friends. 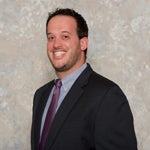 Daniel Minot has over 10 years of professional experience in teaching, advising, and counseling. He is dedicated to providing holistic support for his students, empowering them to pursue their goals while prioritizing self-care and wellness as they chart their own path at Georgetown. He is especially passionate about working with first-generation students through the college transition. Minot serves as the transfer student coordinator, the liaison for the Community Scholars and Georgetown Scholars programs, and the manager of our McDonough Peer Tutoring Program.

In his spare time, he enjoys traveling, hiking, playing tennis, and spending time with friends, family, and his goldendoodle puppy. 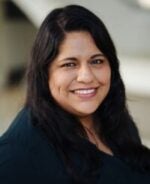 Joyce Miranda started her career at Georgetown in 2018 as an Administrative Assistant in the Center for Student Engagement. In 2019, Miranda joined the School of Continuing Studies as an Admissions Advisor. Before Georgetown, she worked as a Program Assistant at the University of Washington School of Nursing in Seattle.

Miranda earned her B.A. in Spanish and Latin American studies from St. Mary’s College of Maryland, and recently completed her MPS in higher education administration from Georgetown University.
In her spare time, she enjoys attempting to train her Cocker Spaniel, reading, traveling to the Pacific Northwest, and drinking sparkling water.

Schedule an appointment with Dean Miranda

Nick Russo joins Georgetown and McDonough after serving as an academic advisor at Seton Hall University in the College of Nursing. Russo formerly worked with international students at Drew University and first generation, low income students at Stevens Institute of Technology, both in New Jersey.

He earned his B.A. in history and Spanish and MAT in social studies education from Drew University, and is currently working on his Ph.D. in higher education leadership, management, and policy from Seton Hall University.

Russo is an amateur baker and loves to bake bagels, soft pretzels, and more! He also enjoys road trips, watching horror movies, and spending time with family who live in the DMV. 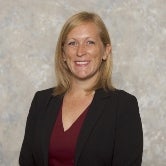 Sara Skillman has more than 10 years of experience in higher education. She joined Georgetown University in 2008, working first for the Office of Global Education, where she partnered with undergraduate students involved in study abroad opportunities, before coming to Georgetown McDonough in 2016.

She earned a B.A. in French and animal behavior from Franklin & Marshall College and an M.A. in higher education administration from George Washington University. Skillman speaks French and has studied abroad in France, South Africa, and Japan. In her spare time, she enjoys exploring the District and planning her next international trip. 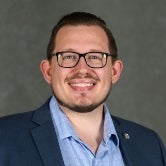 Justin Smith has over 15 years of experience working in higher education in a variety of capacities. Smith provides leadership and strategic vision for student support initiatives through carefully crafted assessment strategies and an outcomes-based approach. In addition to advising, he oversees several institutional priorities and major projects in his role.

Smith started his career at Georgetown in 2012 as the director of orientation, transition, and family engagement before moving to the School of Nursing & Health Studies (NHS) as an assistant dean of academic affairs. Prior to working at Georgetown, Smith worked at the University of Arkansas and the University at Albany, SUNY, where he also received his B.A. and M.S.Ed. Smith earned his Ed.D. from Drexel University in leadership and management. 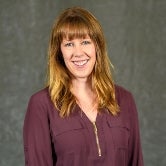 Before coming to Georgetown McDonough, Lauren Wagoner was as an academic advisor in the School of International Service at American University for several years. Prior to that, she worked as a study abroad advisor at George Washington University, where she also completed an M.A. in higher education administration. She earned a B.A. in communications and Spanish from the University of North Carolina at Chapel Hill. In her spare time, Wagoner enjoys going to see musicals, reading, traveling, and exploring D.C. with friends!